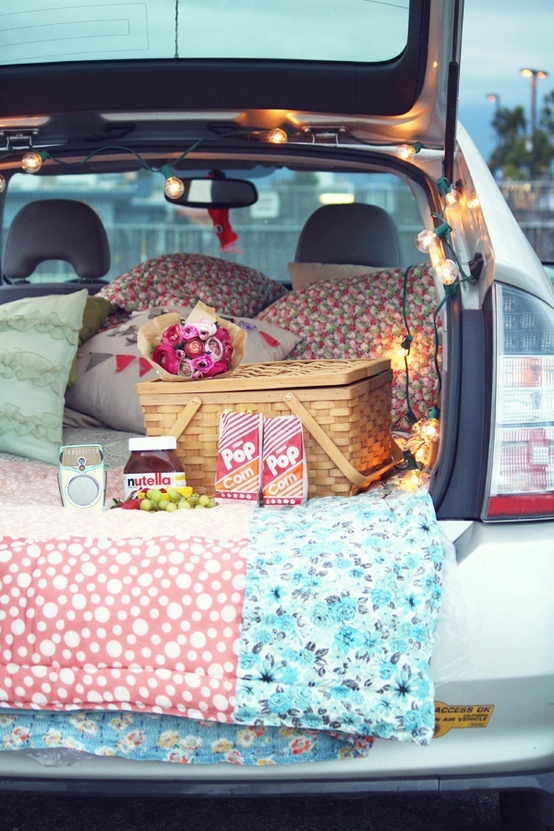 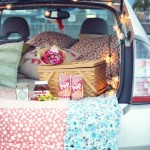 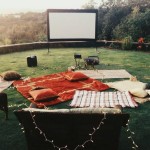 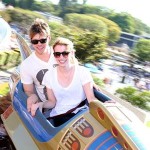 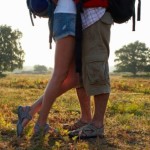 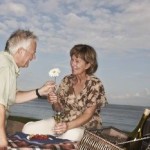 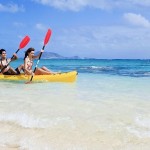 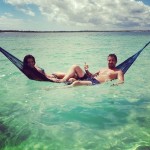 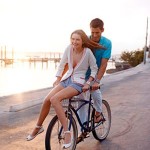 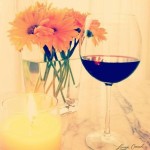 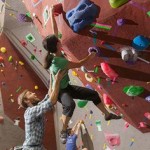 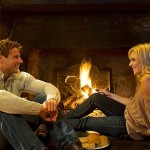 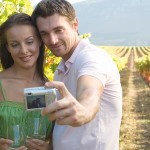 The All Inclusive Anniversary Ideas Guide to Planning an Amazing Anniversary Dinner, Party, or Date Night

What happens only once a year, and as the years pass you’ll find it hard to remember??
Your ANNIVERSARY!

For you newlyweds out there, we know this might seem impossible. But a relationship is much like a garden -it needs care, attention and nourishment to thrive. Let us start by saying your anniversary isn’t the one day a year for a special effort – what would happen if you only watered the garden once a year? Even if you SOAKED it, you still wouldn’t have the same results as someone who took a little time each and every day to make sure it thrived.

So while this post is full of anniversary planning advice, tips and ideas – don’t limit these to your anniversary! With 60 different ideas, you can even take em and plan a series of date nights that will take you all the way to next year!

and with that little intro over, its time to get into it!

How to Plan an Amazing Anniversary

Step Two – Make it thoughtful & make it personal. Thoughtful gifts and activities mean the most – whether they’re expensive or not really doesn’t matter as much as showing your spouse how much you care!

Step Three – Consult our handy list of anniversary activities, and select a few that will make for the dream day. Some of these are all day adventures, some would only take an hour or two. We suggest taking a full day together, but if you can’t, make sure its at least an afternoon/evening 🙂

Ready? Time to start planning your anniversary with our Awesome Anniversary Ideas Guide:

Anniversary Ideas #2. Make a book of the highlights of your life together. Paste in pictures, starting with your wedding day, followed by trips, holidays, and moving into your first house. Fill it in with candids and cute quotes. Leave blank pages in the back so you can load up with new memories next year.

Anniversary Ideas #3. Picnic at the spot where you got engaged. If it’s so unique that you can’t go back in a day’s trip, re-create the moment closer to home. Proposed in France? Pack up a baguette, brie, and olives, and head to a secluded spot. Said yes at a vineyard across the coast? Order one of its wines online and toast to another happy year.

Anniversary Ideas #4. For the ultimate foodie couple, skip an overpriced dinner out and take a cooking class together. Not only is it a fun way to bond, you’ll walk away with tons of recipes you can make for special occasions.

Anniversary Ideas #5. Take a fitness class together you’d both enjoy. Or, buy a workout DVD, a challenging one (or even this!) to try at home.

Anniversary Ideas #7. Spend the afternoon at the beach.

Anniversary Ideas #8. Go on a road trip for the day. Map out your route, stop at anything fun on the way, and return home by nighttime.

Anniversary Ideas #10. Play paintball! (This is nearly free if you have your own equipment; if not, opt for a water gunfight instead.)

Anniversary Ideas #11. Hit up the arcade with handfuls of quarters.

Anniversary Ideas #13. Go on a Geo-caching treasure hunt. Or, grab one of these gadgets. I’ve never done this, but it’s on my to-do list.

Anniversary Ideas #15. Go dancing. Okay, it doesn’t have to be Dancing With the Stars, but twirling and dipping can make you feel like a bride and groom again.

Anniversary Ideas #16. Score a weekend away at a secluded Bed and Breakfast that’s close enough to home that you don’t spend hours traveling in the car.

Anniversary Ideas #17. Hightail it to an exotic locale. Your honeymoon shouldn’t have to be your only romantic vacation!

Anniversary Ideas #18. Spend the afternoon at your local farmer’s market.

Anniversary Ideas #19. Have a theme night. “Schedule a theme dinner and movie night at home.” Create a menu based on the movie you’re watching (i.e., spaghetti for a Francis Ford Coppola flick)
and make it together before watching

Anniversary Ideas #21. Go to a cooking class. “Go to Williams-Sonoma and attend one of their cooking demos.” You’ll have some new recipes to try instead of going to a restaurant, so you’ll save even more money.

Anniversary Ideas #22. Fly kites or RC planes (if you have one). It’s a nice way to get fresh air and feel like a kid again.

Anniversary Ideas #23. Go to a drive in movie.

Anniversary Ideas #25. Teach the other how to do something they’ve never tried: the guitar, a new card game, how to bake an apple pie, just as a few examples.

Anniversary Ideas #26. Make reservations for dinner at a restaurant you’ve always wanted to go to. Get deals and save even more money.

Anniversary Ideas #27. Tandem Skydiving This isn’t something to enter into lightly, but with a good instructor and proper equipment, it’s entirely safe. And hey, what other activity is there that so nearly replicates the rush of falling in love?

Anniversary Ideas #28. Playing Paintball Rent the equipment you need and square off against your spouse (or, if you’re feeling merciful, pair up with your sweetie against another team).

Anniversary Ideas #29. Camping! It’s your chance to truly get away from it all — give the iphone a well-deserved day off — and just savour nature and each other.

Anniversary Ideas #30. River Rafting. Determine whether you want a leisurely drift or a white-knuckle thrill ride; then bon voyage.

Anniversary Ideas #31. Rethink tool time. Cooking stores aren’t the only places with free how-tos: “Hardware stores like Lowe’s and The Home Depot have DIY seminars. You can both learn to fix things, and it’s fun and free!”

Anniversary Ideas #32. Go to a local amusement park or carnival. (Local church festivals or carnivals are free to get in; just pay for what you’d like to do like play games or eat.)

Anniversary Ideas #33. Find a bar with karaoke – and do a (likely hilarious) duet.

Anniversary Ideas #34. Learn how to brew your own beverage: try your hand at making cappuccinos, a flavoured ice tea, or your own brewed beer. Become a coffee connoisseur and learn how to use a french press. You may find a new favourite.

Anniversary Ideas #35. Go on a restaurant tour – on the cheap. Stop in for an appetizer at a few different locations to try out some new foods.

Anniversary Ideas #36. Recreate your honeymoon. Say you went to a laid-back island. Cook up seafood and kick back with tropical drinks. Went to Europe? Craft a “Tour of Europe” meal: Have
Spanish tapas, an Italian entree, and a French dessert. Put on your most stylish outfits and listen to the Gypsy Kings or Hotel Costes: Best of Costes.

Anniversary Ideas #37. Training for a Marathon. There are few greater rushes than completing those 26-plus miles (okay, or 2.6 miles). Why not train together so you can celebrate times two?

Anniversary Ideas #38. Rock Climbing! K2 is likely outside your reach, so give your gym’s indoor climbing wall a try. As you gain confidence, you can graduate to scaling the great outdoors.

Anniversary Ideas #39. Bowling. Between the $5 pitchers and the rental shoes, it’s perfect for taking a break from your daily life and enjoying some low-key fun.

Anniversary Ideas #40. Rollerblade at your local rink or around town.

Anniversary Ideas #41. Visit the zoo or aquarium. (Too pricey near you? Volunteer at an animal shelter and play with the pets.)

Anniversary Ideas #42. Break out the board games for an indoor game night.

Anniversary Ideas #46. Get hooked on a new TV series and have a marathon.

Anniversary Ideas #47. Go to a club and dance your you-know-whats off.

Anniversary Ideas #48. Plan out your dream vacation. Spend the evening talking about where to go; once you decide, surf the internet to find attractions and things to do while you’re there.

Anniversary Ideas #49. Go to a local museum. (If too expensive near you, head to a local historic marker and learn about your town. It’s all about learning something about history together.)

Anniversary Ideas #53. Learn a new outdoor activity together (kayaking, gardening, canoeing, hiking, horseback riding, or sailing). Who knows – you may just find a new hobby you’ll love to do together!

Anniversary Ideas #54. Take an art class together at a local parks and rec or community college near you. (Too expensive near you? Grab two canvases and paints and get to work. You may even create some pretty amazing artwork for your home.)

Anniversary Ideas #56. Work on a (fun) project together. Buy supplies, figure out instructions, and get to work!

Anniversary Ideas #57. Volunteer somewhere. You’ll spend quality time together – and help out someone else. Cool.

Anniversary Ideas #58. Have a bonfire complete with marshmallows ready for toasting.

Anniversary Ideas #59. Test-Driving a Sports Car You may not be able to buy a Ferrari just yet — the mortgage and student loans get in the way — but you can still take a dream ride.

Anniversary Ideas #60. Take a stay-cation. You don’t even have to leave the city limits. Be a tourist in your own town!

And last but not least – Anniversary Ideas #61: Hire a Photographer/Cinematographer for the day to capture those memories. Every anniversary is different, and each year is a brand new stage of life you’ll never experience again -so savour those moments, and catch what you can 🙂 Click here to head to tailoredfitphotography.com to book your anniversary photography,

Check back for more tips & tricks
Until then – Happy Planning!
Ryan 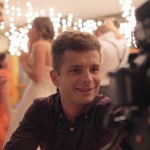